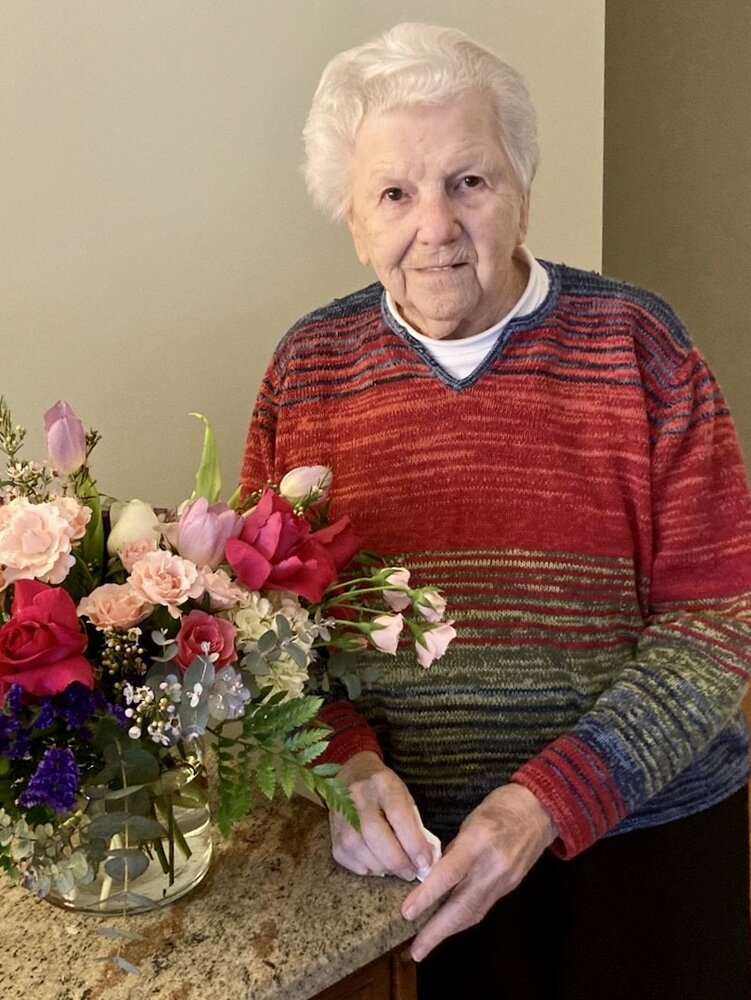 Mary Ann Baker Ferguson passed away at the age of 97 on January 2, 2023, at her home in Kernersville.

Mary was married to James Worth Ferguson for 55 years. Both he and daughter Ann Worth Weber preceded her in death, along with five brothers, Fred Jr., Charles, Robert, David and Richard Baker.

She is survived by sons Kent and Clay Ferguson and daughter Mary Lu Ferguson Braxton (Paul), and son-in-law Philip Weber. She was “Grackie” to Elsa Dooling, Mary Weber, Erin Morrison (Jeff), Taylor Winborn (Robert) and Zach Ferguson. She was also (Great) Grackie to Marley Dooling, Creighton and Charlotte Morrison. Sir Hamilton the cat will miss her.

Mary Ann graduated from RJ Reynolds High School. She was a member of Oak Grove Moravian Church and formerly Fulp Moravian Church. She loved working in her flowers, having breakfast with friends, and especially time with family.

A private family interment will be held at a later date.

Services for Mary Ferguson
There are no events scheduled. You can still show your support by sending flowers directly to the family, or planting a memorial tree in memory of Mary Ferguson.
Visit the Tribute Store