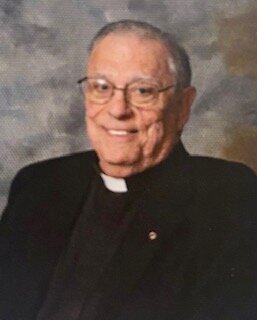 A native of Pittsburgh, PA, Deacon Tim was the husband of 55 years to Rory Ann Gould Ritchey and the son of William Earl Ritchey and Regina Paulina McGoldrick Ritchey, both deceased. Deacon Tim was a veteran of the U.S. Air Force. He was a volunteer firefighter and a chaplain for the Colorado State Patrol, Thornton Police Department, and Northglenn Ambulance Service. Deacon Tim was ordained in 1989 in Denver Colorado. He had the great honor of performing World Youth Day Mass in Colorado with former Pope St. John Paul, II. Deacon Tim served at Holy Cross Catholic Church in Kernersville, NC from October 2007 to present. He passed peacefully at Holy Cross and was surrounded by the people he loved.

In addition to his parents, Deacon Tim was preceded in death by his brother, Fredrick Randy Ritchey.

A Mass of Christian Burial will be held 11:00AM Thursday, September 15, 2022, at Holy Cross Catholic Church with Father Noah Carter officiating. The family will greet friends from 10:00AM to 11:00AM Thursday prior to the service at the church. Inurnment and committal service with military honors will be held at 2:30PM Friday, September 16, 2022, at the Holy Cross Columbarium.

Share Your Memory of
Reverend Mr. Ronald
Upload Your Memory View All Memories
Be the first to upload a memory!
Share A Memory
Send Flowers