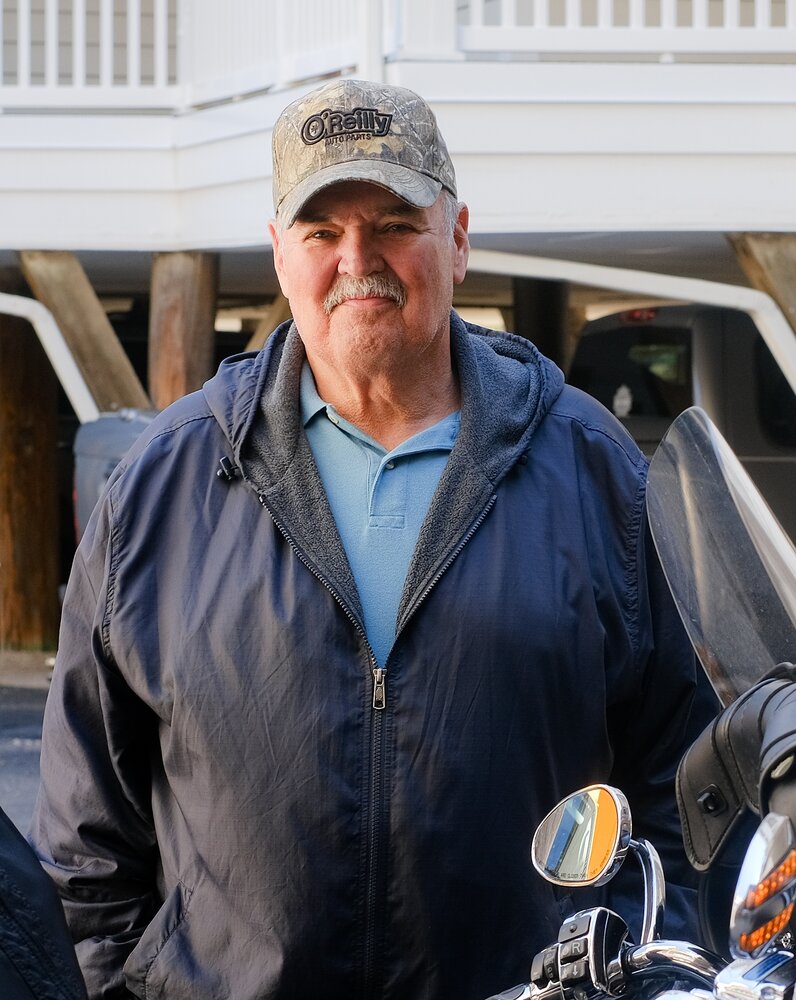 On September 7, James Sullivan, loving husband and father of two, went home to be with his Saviour at the age of 72.

James was born August 17, 1950, in Rockingham County, NC to Johnny and Audrey White Sullivan. At the age of 16, he adventured across the US on his motorcycle.

Introduced by a friend, he first met his wife, Debbie Garner Sullivan, over a coke at McDonald's on Summit. They married January 31, 1976. They enjoyed 4-wheeling in their jeep and taking a ride through the country. Together they raised two children, Beth and Courtney.

He was a skilled mechanic and would happily help anyone he could with his talents. He was great at figuring things out and could manage to get everything to fit in the back of a truck for a vacation or a move.

James loved a good western and chasing Hot Air Balloons. When he was younger it was not unusual to see him and his daughter heading out before the sun came up to go chase a friend's balloon.

You could find him in the Biscuitville drive-thru every morning for a gravy biscuit or a strawberry muffin, and most evenings sitting in his chair watching a Braves game with his sweet tea in his hand.

He was known for his kindness and as someone you could count on. It didn’t matter what he had going on, he was always willing to lend a hand. It’s just the kind of person he was.

James was preceded in death by his parents and two siblings. He is survived by his wife, two children, three grandchildren, and three siblings.