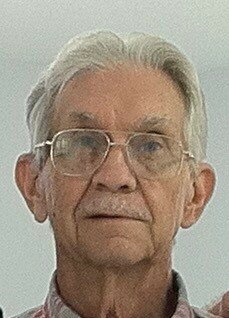 Charles Harry Reagan, 88, passed away on January 22, 2023 at his residence in Oak Ridge, North Carolina. Born in Byington, Tennessee, he was the son of the late Daniel Theodore and Alpha Nelson Reagan.

Charles proudly served in the United States Marine Corps. from 1954 to 1956. He belonged to the Louisville Masonic Lodge 400 for over fifty years. He retired early from Southern Railway Police Department in Charlotte, North Carolina after thirty years of service. He was well-known as a storyteller and possessed a vivid imagination and wicked sense of humor. He also enjoyed bluegrass music, riding his motorcycle, and tending to his vegetable garden.

Charles was preceded in death by both of his parents and some of his siblings.

Per Charles' wishes, there will be no memorial services held.

A special thanks to Hospice of the Piedmont and the United States Veteran's Administration for their care and kindness.

Please consider sharing your favorite memory of Charlie to the Tribute Wall.

Friends and family may sign the guestbook online at www.piercejeffersonfh.com

Services for Charles Reagan
There are no events scheduled. You can still show your support by sending flowers directly to the family, or planting a memorial tree in memory of Charles Reagan.
Visit the Tribute Store