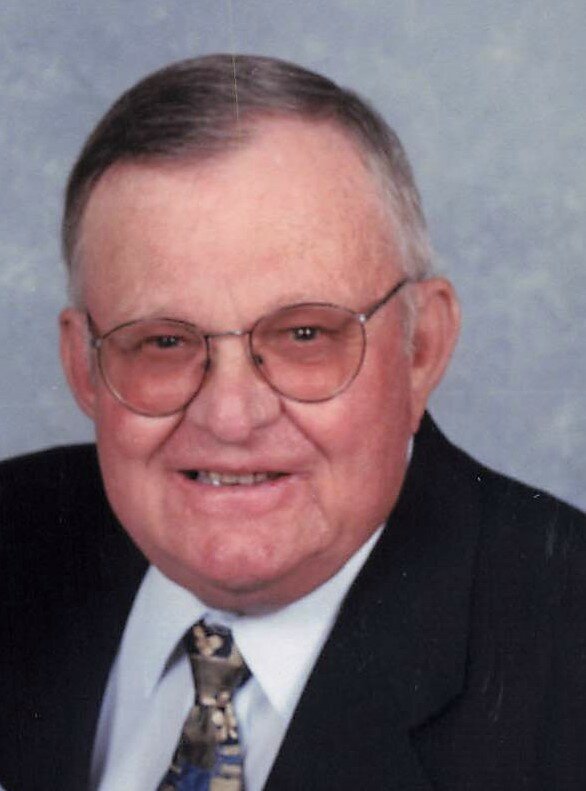 November 27, 1925, to John and Gertie Adelaide Grubbs Griffin. He was born and raised in Guilford

County, NC, moved to Kernersville early in life where he met his soulmate, Elsie Hill. He and Elsie

In addition to his parents, Harvey was preceded in death by his wife, Elsie on November 30, 2022; a son, Gary Griffin; five sisters; and two brothers.

Harvey grew up on a farm where he learned the value of hard work which he passed along to his children. He was a lifelong New York Yankees fan before there was TV. In 1944 he was sent into service for our country to Europe during WWII. He served in Patton's Third Armored Division where he was wounded in action and received the Purple Heart. After the war he returned to the farm and on October 10th, 1947, he married the love of his life, Elsie.

Harvey was a farmer at heart, but circumstances required him to go into public work at McLean Trucking in 1953 to provide for his family from which he retired in 1983. He was a volunteer firefighter with Beeson’s Crossroad Fire Dept. for 10 years and was a certified Firemanship instructor for several years.

To Harvey, his most important accomplishment in life was to serve our Lord and Savior. He and Elsie were founding members of Kernersville Church of Christ, where he served as an Elder for many years, and First Christian Church of Kernersville serving as an Elder Emeritus. He proudly served here as the leader of Prayer Warriors for 30 years. Another great honor was bestowed on them a few years ago when they were allowed to cut the opening ribbon for The Crossing Church at Union Cross.

Harvey and Elsie spent over 35 years together after retirement. They traveled with friends, spent time with family, raised a garden every year as long as they could and served their church with all their hearts.

Share Your Memory of
Harvey
Upload Your Memory View All Memories
Be the first to upload a memory!
Share A Memory
Send Flowers