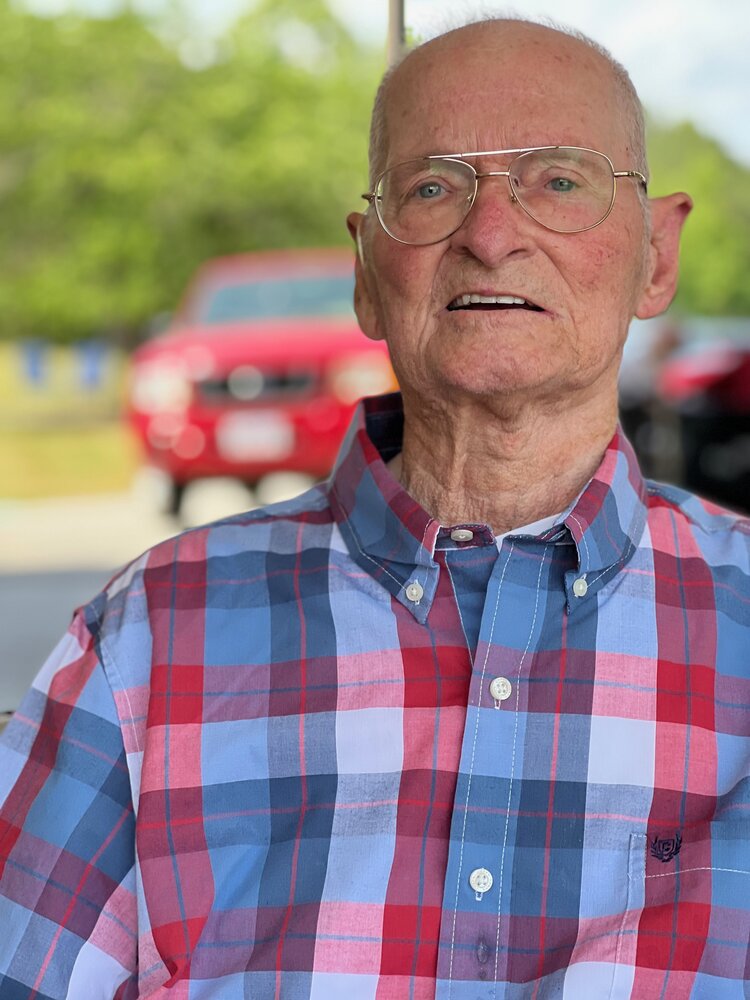 Paul was an amazing man who survived great adversity as a child.  He lived through the great depression, and at age 12, he lost his mother, who died in childbirth.  Paul was on his own, working on a dairy farm at a young age.  He had many interesting stories and fond memories of his childhood.  Though he was very poor growing up, he was rich in love.  He was apt to talk about how much people loved and helped each other when he was growing up.  He said everybody was poor, and nobody knew the difference.

Paul was blessed with common sense, a clever mind, and a quick wit.  What he accomplished in his life with only a second-grade education is astounding.  He loved his family, and he loved hard work.  He farmed, built homes, and retired from Central Motor Lines.  He also loved his church, the Bunker Hill Primitive Baptist Church in Kernersville, NC.  He joined the church in 1976 and served as a deacon for many years.  Most importantly, Paul was a man who had great trust in the Lord.

In his last days, with very little strength, he was still whispering, “I love you”.  His last “I love you”, when he could no longer speak, just hours before he passed away, was bringing his hand to his lips and ever so weakly blowing a kiss.  We all so loved him, and we are going to miss him.  We have peace and joy knowing he is at home in heaven with Jesus.

Share Your Memory of
Paul
Upload Your Memory View All Memories
Be the first to upload a memory!
Share A Memory
Send Flowers