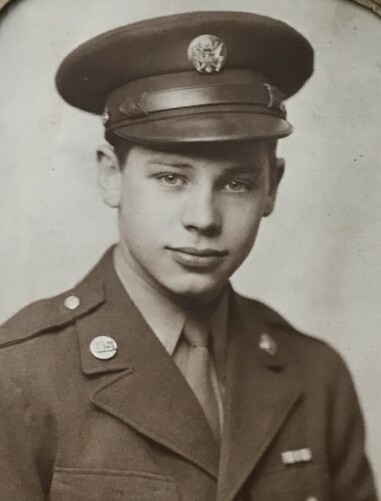 Ned A. Hoke, age 97 of Ashland City Tn, passed away peacefully in is sleep on November 25, 2022 at his son’s home in Kernersville NC. He was born on January 21, 1925 in Huntington IN, to the late Glen L. Hoke and Ruth Hoke. Ned is survived by an elder sister Betty Hipple 104 years old of Swayze IN.

Mr. Hoke served in the US Army, 82nd Airborne Infantry in WWII, with service in the Pacific Theater, Aleutian Islands and Alaska. When Mr. Hoke turned 18 years old, he was drafted into the US Army and while his high School classmate were in graduation, he was serving his country. Interestingly, his HS Diploma was mailed to him in May of 1943. Post Military service Mr. Hoke enrolled at Huntington College in Huntington IN where he graduated BA, MS in Chemistry and went on to a successful career as a Chemist with General Adhesives and Chemical Company in Nashville TN. He was credited with thousands of innovative chemical recipes with accolades of developing the adhesives for application of AstroTurf to the first NFL stadium. Additionally, he was instrumental in the design and development of ISO/Resins. The shoe soles on your feet can be directly attributed to Mr. Hoke’s chemical developments.

Although Mr. Hoke was truly a genius man, he remained quite introverted throughout his lifetime. He spent his retirement playing golf, reading mathematics, quantum physics, and Civil War History. He could often be herd in the distance whistling and playing his numerous Harmonicas. He was a masterful in woodworking projects such as Furniture, Grandmother and Grandfather Clocks, Shaker Benches and Chairs etcetera. He was Married to the late Mary N. Hoke of Huntington IN and is survived by his sons and daughter. George S. Hoke of Ashland City TN, Shelly A. Hoke of Knoxville TN, Geoffrey A. Hoke of Culloeka TN, David P. Hoke of Taylor MI and Christopher R. Hoke of Kernersville NC.

In Lieu of flowers those desiring to make contributions may do so to the Wounded Warrior Project @ https://support.woundedwarriorproject.org

Share Your Memory of
Ned
Upload Your Memory View All Memories
Be the first to upload a memory!
Share A Memory
Send Flowers