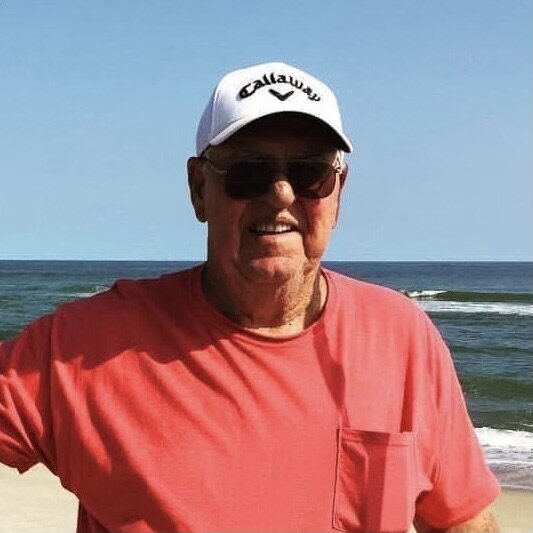 Herb was a graduate of Colfax School, where he played baseball his sophomore through senior year.  His yearbook noted, Herb “would rather play baseball than eat!”  He loved golf, fishing at the coast, farming tobacco, and driving his white Ford Truck.  Herb liked to be on the go and loved getting outside.  One of his favorite pastimes, would be going to car auctions and finding a good deal! He loved visiting family and friends, to sit and have a good cup of coffee and something sweet (especially chocolate)!  Herb was devoted to his family and a good, loyal friend. Even though, he was the youngest of his siblings, everyone looked up to him.  He will be deeply missed.

In addition to tobacco farming, he worked at Duke Power for 20 years, was co-owner of 421 Curb Market in Colfax and Confederate Furniture in Kernersville.  He retired from Atlantic Coast Engineering.

Herb is survived by his wife, Linda Stafford Gray; his daughter Vanessa (Billy) Idol; his sons, Marcus (Leatha) Gray and Chad (Lindsay) Gray; his stepsons Jay Casper and Jamie (Fontini) Casper; his 15 grandchildren and 2 great-grandchildren; his sister, Catherine Payne; his close nephew, Doug Gray and many nieces and nephews.

Flowers are welcomed and should be delivered to Kerwin Baptist Church the morning of the service.

In lieu of flowers, memorial donations may be made to Embrace Grace, in care of Kerwin Baptist Church, Kernersville.

A special thank you is given to Hospice of the Piedmont, his doctors and nurses for their loving care and support.

Share Your Memory of
Herbert
Upload Your Memory View All Memories
Be the first to upload a memory!
Share A Memory
Send Flowers