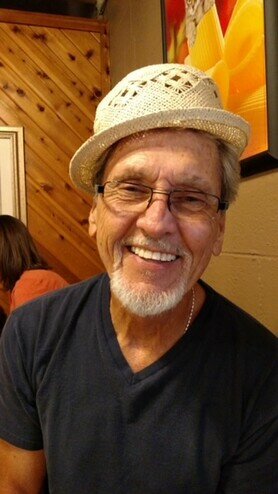 He was a graduate of Central Missouri State University. After graduation he began a second career with the United States Postal Service as a letter carrier for 30 years until he retired. He then began working for O’Reilly’s Auto Parts delivering parts for 14 years, until his passing.

He is survived by daughter, Gina, son-in-law, Mason and granddaughters Camryn, Rylee and Destiny (whom he loved like a granddaughter) and his sister, Jane Renfrow.

A memorial service to celebrate his life will be held at the Pierce-Jefferson Lambeth Chapel in Greensboro on Saturday, December 10, 2022 at 6:00PM with Military Honors.

Please share a memory with the family via the online Tribute Wall.

In lieu of flowers, donations may be made in honor of Geno Reagan to Tunnel to Towers Foundation www.t2t.org

Share Your Memory of
Geno
Upload Your Memory View All Memories
Be the first to upload a memory!
Share A Memory
Send Flowers