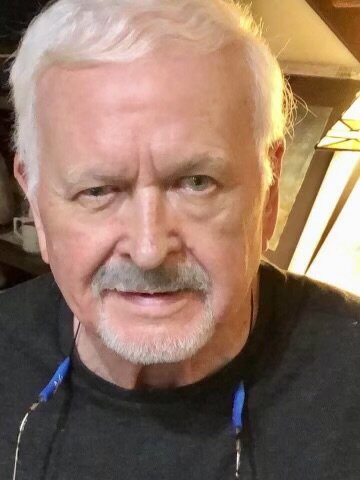 He is survived by his wife, Teresa Arrendale Reid; his brother, Jerry Reid (Barbara); his daughters, Robin England (Randy) and Allison Reid (Bruce); his stepchildren, Bryan Todd and Kimberly Todd; his grandchildren, Blake and Josh Kerley and Samuel Reid Warrington; his step grandchildren, Sierra and Zackary Todd, Nathan, Darvin and Hogan England. In addition to his parents, he is preceded in death by his brother, Robert S. “Hoppy” Reid; sister, Jo Anne Barger; and his late wife, Stephanie Reid.

Ray made a name for himself in the advertising industry, starting his career in commercial art at advertising agencies from Knoxville, Tenn., to the largest ad agency in Greensboro at the time. He opened his own full-service agency, R.L. Reid & Company, in Greensboro in 1987 and ran the agency until he sold it in 1999. Since his retirement from advertising, he served as an advertising consultant, worked as a memoir co-author and ghost writer, and was a national award-winning humor columnist with columns regularly in the Kernersville News and Greensboro News & Record, along with occasional national syndication.

Most recently, Ray is perhaps best known for his cardinal paintings, which have captured the hearts of many. His legacy portraits of deceased loved ones, featuring cardinals, have been commissioned by families nationally and internationally. His cardinal work is currently featured in the November 2022 issue of Our State Magazine, and he was thrilled to see it in publication before he passed. Previously, Ray was recognized for his moody landscape and structural paintings, including the locally well-known “Körner’s Folly Winter.” His work is represented in private and public collections around the country. He is past president of the Wilkes Art Guild and the Associated Artists of Winston-Salem.

He will be remembered for his humble heart, humility and for always making people feel special and loved. Friends near and far remember Ray most for his good humor and wit. He never met a stranger and always kept folks laughing.

A celebration of life service will be held 7:00PM Monday, October 24, 2022 at the Pierce-Jefferson Funeral Services Kernersville Chapel. The family will greet friends from 5:00PM to 7:00PM Monday prior to the service at the funeral home.

Share Your Memory of
Raymond
Upload Your Memory View All Memories
Be the first to upload a memory!
Share A Memory
Send Flowers