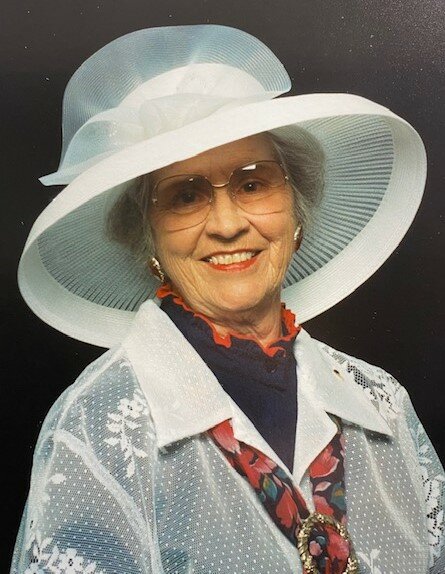 Violet Janette “Jan” Greene Cowart, 87, of Winston-Salem, passed away peacefully in the early morning hours of October 2, 2022 at Summerstone Health and Rehab Facility in Kernersville, where she had been a resident for several years.  The family extends their sincerest appreciation to the facility staff, the Liberty Healthcare nurses, and the Liberty hospice staff who all provided such wonderful care for Jan.

Jan was a fiercely independent woman who was a strong figure in all of the lives she touched.  She was proud of her extensive working life starting at a young age in the restaurant industry, working in a popular restaurant at the O’Hare airport in Chicago in the 1950’s serving and meeting many famous people including US President Dwight D. Eisenhower and Jane Mansfield; she still had a preserved orchid corsage given to her by Ms. Mansfield.  She went on to own several restaurants over the years until she hung up that career and became a school bus driver for her last 30+ years of working life, retiring in 2014 at the age of 80, which at that time made her the oldest school bus driver in Forsyth County, NC.  Many who knew her later in her life simply knew her for the fancy, sometimes huge, Sunday-morning make-a-statement hats.  Jan’s style was always just to make a statement.

Jan was born in 1934 in Hudson, NC to and preceded in death by parents, Cecil and Cora Greene and as well by two sisters, Ruth Greene Church and Meredith Greene Hamby. She is survived by one sister, Agnes Greene Perrou of Granite Falls.  Jan was also preceded in death, only months ago, by her special longtime partner and dear friend, Cladie Gray Denny of Winston-Salem.  She is survived by her only daughter, Gina Cowart Layton of Winston-Salem.

She was at one time an active enthusiastic member of Freeman Street Baptist Church, where she left a memorable legacy among the congregation there.  She also attended many services at many churches in the area with her companion, Gray Denny, who was an active speaker with the Gideon Organization.  She was a faithful believer in Jesus Christ and very outspoken in her Christian beliefs, leaving a lasting impression with most everyone she met.

Her funeral service will be held at the Pierce-Jefferson Funeral Services Kernersville Chapel on Saturday, October 8, 2022, at 11:00AM and will be officiated by Rev. Bob Whitaker of Midway, Rev. Calvin Hargett of Hudson, and Rev. William Holt of Thomasville, NC. The family will greet friends from 10:00AM to 11:00AM Saturday prior to the service at the funeral home.