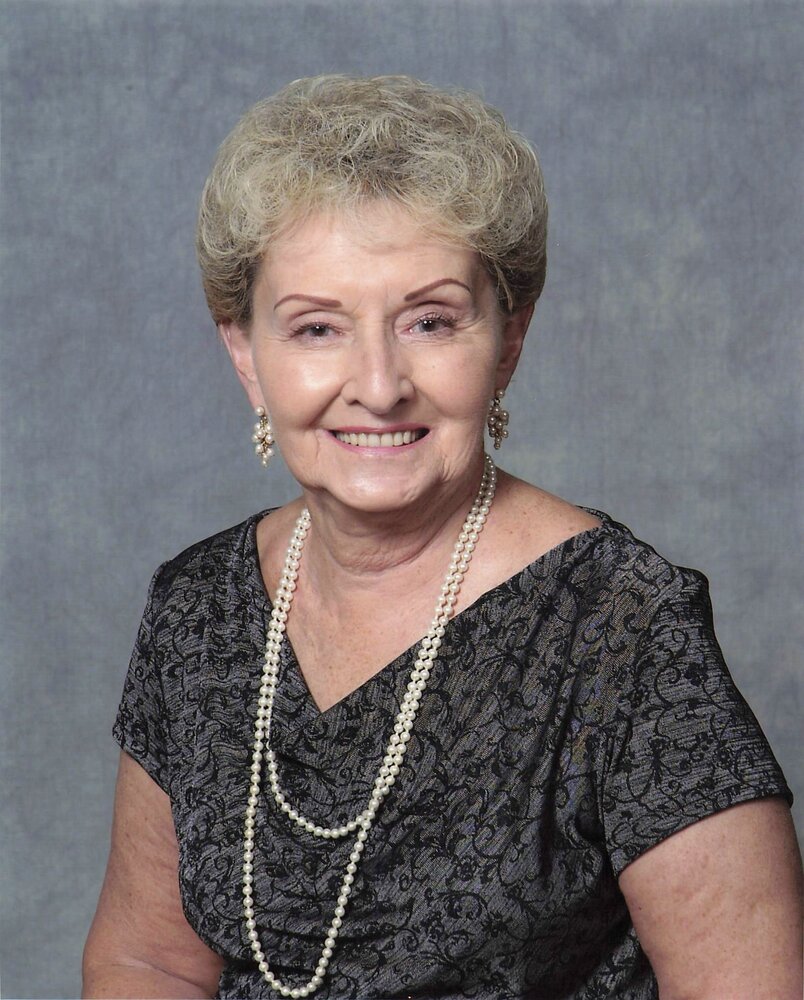 Harriet was born and raised in South Chicago, IL to Fred and Marie Gorski, children of Polish immigrants. Attending Polish/English schools and church, Harriet could speak, pray and write Polish fluently. Living and working in Chicago most of her life, it was where she met her first husband, Robert (Bob) Matthews, and father of both her children (Robert Allen and Sheila Marie). She attended St. Michael’s Catholic Church and School, enrolling her children there as well. Her earliest job was as a soda jerk at Walgreen’s Drug

Store where she’d scoop ice cream and where she met her first husband Bob. In 1949, son Bobby was born and in 1958, daughter Sheila arrived. In 1959 Harriet and Bob moved to live in Scottsdale AZ, but were eventually forced to return to Chicago to pursue work. Harriet finished raising her children and sought work outside the home herself with General Foods, Kool Aid, as a packer. Watching son Robert (Bobby) drafted to serve in the Vietnam War, Harriet worried and prayed for her son’s safety until he returned home. As life continued to change, husband Bob and Harriet divorced, but Harriet’s children were always close to her heart. Harriet married James Kramer, the love of her life in 1974 and a new chapter of her life began. Jim and Harriet were active in all the fun things Harriet loved most, dancing, playing cards, bowling and rooting for the Chicago sports teams. Along with Jim and all her favorite times together also came a new family of 3 stepchildren, Keith, Kenny and Kelly, who affectionately tagged Harriet “Nanny”. Eventually both Jim and Harriet retired to Arizona with a snow free climate. Harriet was a fun-loving spirit, who enjoyed her family and friends, a good beer, and life! Unfortunately, shortly after the passing of her 93 year old mother in 2000, husband Jim was diagnosed with cancer and passed away 10 mos. later. After several years, the decision to move to North Carolina and live with daughter Sheila and her family was embraced and Harriet began her next chapter of life and adventure.

Harriet had a deep love for Jesus Christ and, in her final years, attended services at Kernersville Moravian Church when she moved to North Carolina. After a long battle with Alzheimer’s Disease, Harriet began failing this past January after a hospitalization. Harriet Kramer passed away peacefully, with Sheila and Steve at her side, as she danced her way into heaven. To be never forgotten and always loved; the wonderful woman called Mom, Nanny, Gramma, and Bucci.

A Celebration of Life Service will be held 12:00PM Saturday, July 23, 2022, at the Pierce-Jefferson Funeral Services Kernersville Chapel. The family will greet friends from 11:00AM to 12:00PM Saturday prior to the service at the funeral home.

Memorial contributions may be made to the Tab Williams Senior Services Center, Winston- Salem, NC.

Or to the American Alzheimer's Association.

Thanks to everyone for your love and support over the past several years, and especially to Harriet’s assistant caregiver, Marlon Beedoe, for being our “angel”, as our family fought our battle with Alzheimer’s Disease.