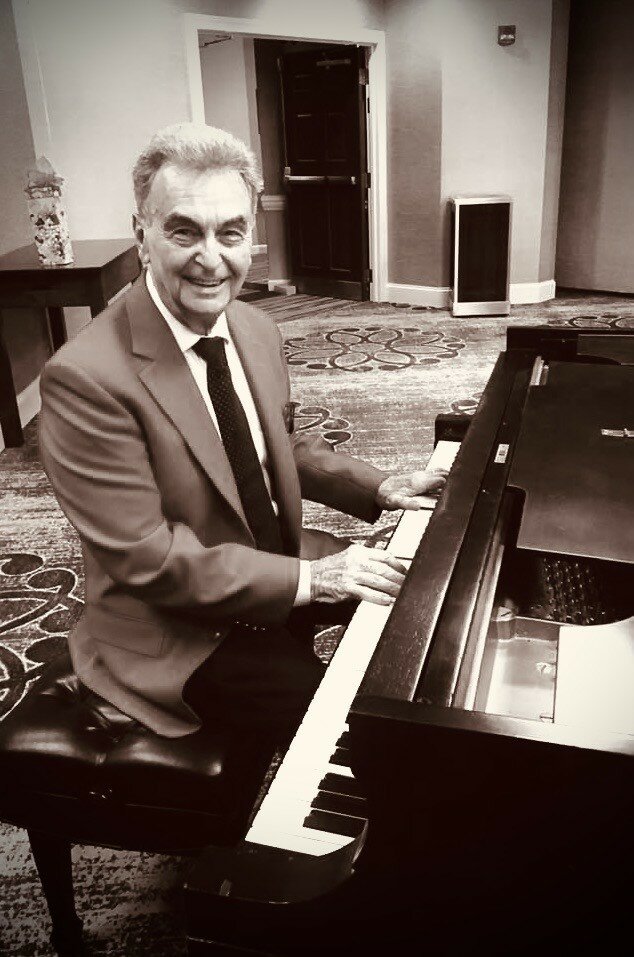 Always enamored of music, David spent his childhood in Delaware County, Pennsylvania learning the trumpet, cello, piano and finally choosing the organ as his chief instrument.  A rare individual, he provided the sounds that roller skaters across the country utilized in their many Ballroom-Style-Compulsory Dance Competitions, as well as lively Social Sessions for over 50 years.

After a highly successful career in Artistic Competitive Roller Dance Skating from 1962-1970, David turned his expertise to teaching the sport and produced many Regional and National Champions.  David also continued to share his musical talents by starting “90 Proof” a Country Western band that entertained in many Philadelphia and New Jersey Country Music Dance Clubs.  David’s band attained such a well-loved reputation and notoriety as to be asked to open for Waylon Jennings in the Keswick Theater in Pennsylvania.

In 2007, he and wife moved to Kernersville to be close to their long-time friends, Sue Harmer-Sommer and George Sommer, during their retirement.  After the deaths of Martha (2012) and George (2017), David and Sue teamed together as “Act II” from April, 2018 until March, 2022.  The two friends shared their talents and provided entertainment at various venues around the Triad area, sharing stories and memorable music of the 1900’s to the 2000’s.

A Funeral Mass will be held at Holy Cross Catholic Church, 616 S. Cherry Street, Kernersville, NC, on Saturday, April 30, 2022 at 10:00 AM (9:00 AM Central).  Visitation preceding the Funeral Mass from 9:30 AM, with a reception immediately following the funeral at Salesian Hall on the Holy Cross Church Campus.

Friends and Family may view and sign the guestbook at www.Pierce-JeffersonFuneralService.com

Flowers are appreciated and may be sent to the funeral home; however, memorial contributions may also be made to the Music Ministry of Holy Cross Catholic Church.

The funeral will also be live-streamed on YouTube for our family and friends who cannot be in attendance.  A link to the Live Stream will be sent next week. Please do not hesitate to reach out if you have any questions about accessing the link.

Share Your Memory of
David
Upload Your Memory View All Memories
Be the first to upload a memory!
Share A Memory
Send Flowers