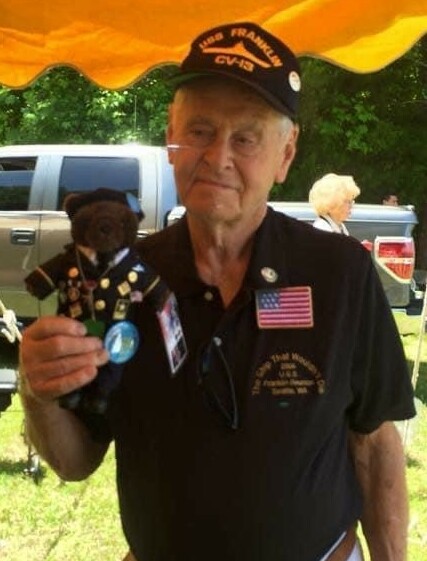 A native of Roanoke, VA, John was the husband of 72 years to Barbara Spencer Furrow and the son of Harry Furrow and Elizabeth Mayo Furrow, both deceased. John was a veteran of the U.S. Navy serving on the USS Franklin during WWII.

John was a devout follower of Christ, setting an example for all to follow. His greatest contentment in life was found in service to others and to his country, and commitment to his faith and God. After retiring, John pioneered a charity program to feed the hungry in Roanoke, he helped with disaster relief efforts in North Carolina and West Virginia, and he raised money for a women’s domestic violence shelter, just to name a few. John will always be remembered for being a loving husband, a father who always made time for his children, and a “paw paw” who taught his grandchildren the many lessons of life.

In addition to his parents, John was preceded in death by three sisters, Virginia Swann, Marguerite Charles, and Georgia Belangia; and one brother, Hayden Furrow.

In lieu of flowers, memorial contributions may be made to Next Step Ministries, 955 NC 66, Kernersville, NC 27284 www.nextstepdv.org