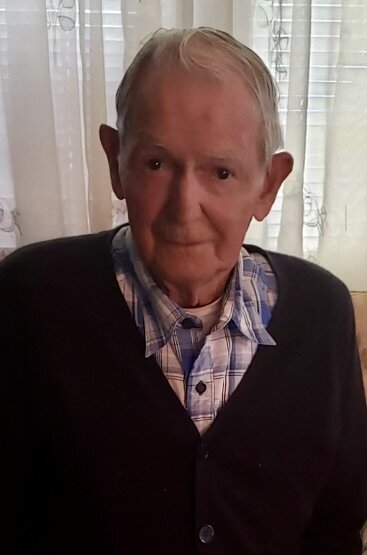 Richard E. West, 83, of Kernersville passed away peacefully at his home Thursday, January 6, 2022.

Richard was born in Forsyth County to the late Reverend Ottie Elonzo West and Lilian Peeples West. He was a loving husband, father, grandfather, great grandfather, brother, and friend. He was a wonderful companion to his precious doggie.  His favorite hobby was playing horse shoes. He won many trophies. He was an active member of Gospel Light Baptist Church for many years. Richard retired from Grass America in Kernersville.

A funeral service celebrating his life will be held at 12:00PM Monday, January 10, 2022  at the Pierce-Jefferson Funeral Services Kernersville Chapel with Rev. Matt Morrison and Rev. Frank Shumate officiating. The family will receive friends from 11:00AM to 12:00PM Monday prior to the service at the funeral home. Burial will follow the service at Garden of Memories in Walkertown, NC.

The family would like to thank Trellis Supportive Hospice for their care and support.