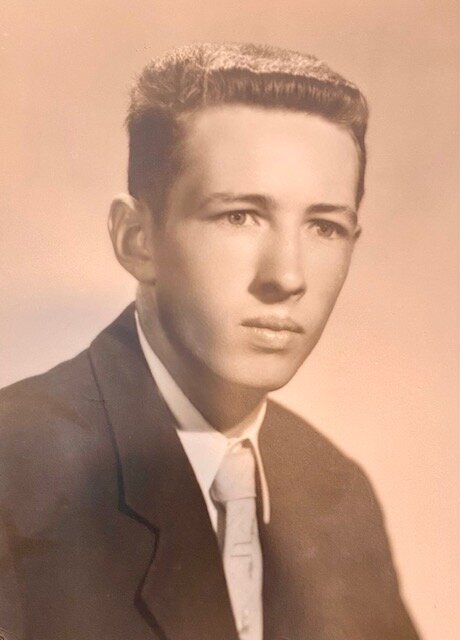 Funeral services celebrating his life will be held at 2:00PM Thursday, January 6, 2022, at First Baptist Church, Kernersville, NC with Dr. Stephen Martin officiating.  The family will greet friends from 1:00PM to 2:00PM Thursday prior to the service at the church.  Interment will follow at Eastlawn Gardens of Memory.

A native of Spartanburg, SC, Gerald was the husband of 54 years to the late, Helen Gilbert Malone and the son of Joseph Gist Malone and Edith Alma Marlowe Malone.  He was the retired owner of Malone’s Express Lube.  He previously had owned and operated Malone Decorating, and was terminal manager of Pilot Freight Carriers, Inc.  Gerald was a true sportsman, having earned all-county high school honors in football, basketball, and baseball, becoming a semi-pro baseball player after high school. His sports enthusiasm also included hunting and fishing, camping, boating, and he was an avid and competitive golfer.  He coached Kernersville Little League and was present and very vocal at all Grandchildren’s sports events from hometown to the collegiate level.   He sometimes came for dance and piano recitals and a few choral concerts.  He was a longtime member of First Baptist Church, a member of the Goforths Class of the church, and served with the Men’s Fellowship Ministry. He was an active member of the VFW.

In addition to his wife and parents, Gerald was preceded in death by his brother, Harold Malone, and brothers-in-law Charles Gowan, Perry Lancaster, Bill Gilbert, Jr. and Lewis Gilbert.

In lieu of flowers, memorial contributions may be made to the Shepherd’s Center of Kernersville, P.O. Box 2044, Kernersville, NC 27285-2044. https://www.shepctrkville.com/donate

Share Your Memory of
Wm. Gerald
Upload Your Memory View All Memories
Be the first to upload a memory!
Share A Memory
Send Flowers