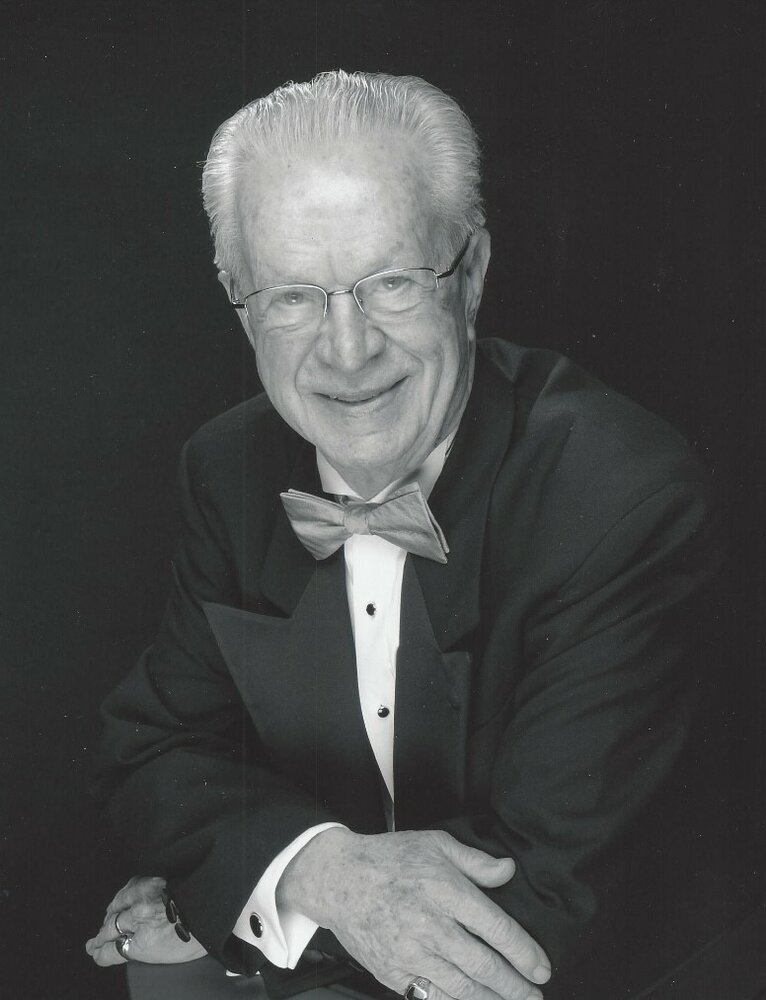 With his wife and daughter at his side and after a long battle with dementia and a short battle with covid, Richard Anthony Budd, age 85, went home to Jesus on December 10, 2021.

Born in Poland and later living in Sweden, Richard immigrated to the United States in 1950 and became a naturalized citizen in 1956. Richard lived in Baltimore, MD until he and his wife, Edith, moved to Winston-Salem, NC.  An advertising executive, his early career was with Hochschild Kohn and Ad Design.  As the development of suburban strip malls exploded, Richard started his own business, Budd Advertising, in 1978.  Many of Richard’s clients were strip mall shopping centers.

Richard met Julia Weeks while working at Hochschild Kohn, and they were married in 1956.  They were blessed with three children:  Richard Jr., Jennifer, and Janet.  Julia sowed the seeds of Richard’s faith by praying daily that he would come to know the love of God and Jesus.

Richard met Edith Zamostny at church, and they were married in 2001.  Richard’s family grew to include Edith’s three children:  Kia, Benjamin, and Kimberly.  Edith reaped the harvest and witnessed Richard’s baptism into the love of God and Jesus.  In an age of contention and discord, Richard and Edith celebrated the loving welcome into each other’s families.

His family knew him as Poppy, Pop Pop Big Pool, or Granddad.  Richard loved to be at the beach, in the sun, enjoying crabs and beer, and with his family.  He never met an animal that he didn’t like, and he believed that his job in heaven would be caretaker for the animals.  After his baptism, Richard was a prayer warrior, and he talked with anyone about the love of Christ.  He enjoyed travel, and he and Edith were able to visit many states, several Caribbean islands, Italy, France, Greece, and Ireland.  He was an avid card player, and anyone who played with him knew very quickly how good he was.  From poker to pinochle to Skip-Bo, Richard enjoyed a lot of time in fellowship with other card players.  Playing cards was one of the last skills he lost, and family members enjoyed playing poker with him almost to the end in the assisted living facility.

Richard is preceded in death by his parents, Czesław Budziszewski and Magdalena (Radwan); his son, Robert Andrew; his wife, Julia; his brother, Andre Budd; and his sister-in-law, Valerie Marshall.

Richard had no fear of going home because he knew God’s promise.  His favorite Bible verse was John 3:16:  For God so loved the world that he gave his only begotten Son, that whosoever believes in him should not perish, but have everlasting life.

In lieu of flowers, the family requests donations in memory of Richard to your local animal shelter or to The Animal Adoption and Rescue Foundation (AARF) of Winston-Salem at 311 Harvey Street, Winston-Salem, NC  27103.

A Celebration of Life is planned for the spring in North Carolina.

Services for Richard Budd
There are no events scheduled. You can still show your support by sending flowers directly to the family, or planting a memorial tree in memory of Richard Budd.
Visit the Tribute Store