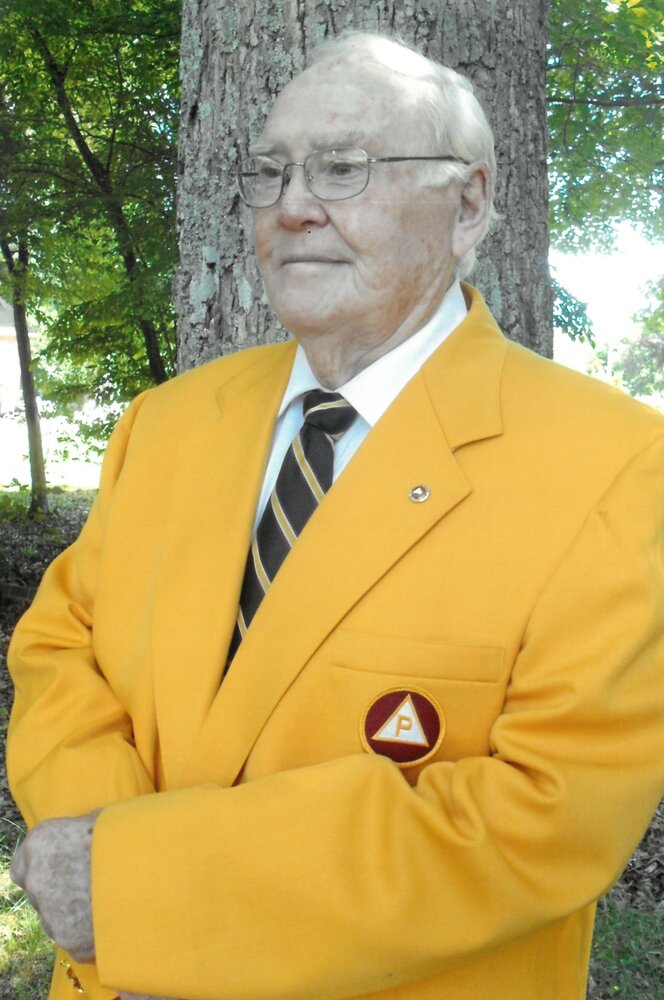 RL Swing, age 91, passed away December 22, 2021 peacefully at his home with his wife, where she has been for 69 years, by his side. A celebration of his life will take place on Tuesday, December 28 at 1:00PM at Pierce-Jefferson Funeral Service Lambeth Chapel with the Reverend Debra Swing officiating. The Pilgrim Degree Team will conduct the Tribute Ceremony of the Loyal Order of Moose. The family will receive friends from 12 to 12:45PM prior to the service. Interment with military honors will take place at Lakeview Memorial Park after the service.

RL was born January 24, 1930 to Gurnie and Lessie Brown Swing. He graduated from Bessemer High School in 1948 where he played baseball, lettered in football and received all-county honors. After graduation, he began his career as a brick mason, leaving his legacy on many of the area’s landmark buildings including the Greensboro Coliseum, Four Seasons Town Center, Our Lady of Grace Catholic Church, Western Electric, Moses Cone Hospital and Wake Forest University. In 1950, he was drafted into the army and served on the front line in the Korean War. RL met the love of his life, Jeanette Durham, on a blind date. RL and Jeanette were married October 8, 1952. RL was active in many professional, civic and fraternal organizations. He was a Lifetime Member of the International Union of Bricklayers & Allied Craftworkers Local # 3 where he served as President. He was also a member of the Veterans of Foreign Wars Post No. 2087, the North Carolina Football Officials Association, and the Northern Piedmont Chapter of Muscular Dystrophy Association serving as President and on the Executive Board. He introduced the placing of canisters for fundraising for MDA and attended the Jerry Lewis Labor Day Telethon presenting a check for Jerry’s Kids. RL was a faithful member of the Loyal Order of Moose and quickly became a leader where he was elected twice as Governor of his Lodge and served on countless committees and projects. In 1964, he was awarded the Fellowship Degree for his leadership and service. He was installed as South Moose of Tar Heel Legion #158, North Moose of Tar Heel Legion #158 and, in 1974, received the highest degree of the Loyal Order of Moose – The Pilgrim Degree of Merit. With his keen eye and passion for photography, RL photographed numerous weddings and served as the photographer for the North Carolina Moose Association for ten years. He officiated high school football games and was a member of the bowling team for his Lodge. For countless years, RL designed and installed unique Christmas decorations in his yard. RL was a former member of McConnell Road Baptist Church and a current member of Apple’s Chapel Christian Church in Gibsonville, NC.

Of the many landmarks he built, the most special were the two homes he designed and built for his family. Family was important to RL and he always found time to play with his children after a long day at work taking them boating or simply playing games in the yard. He loved camping, boating, fishing and time spent at the beach. In his retirement, RL and Jeanette enjoyed summers at their home in Holden Beach and traveling in South America, Hawaii and Israel.

Those wishing to remember RL with a memorial are asked to consider a contribution to Moose Charities, 155 S International Drive, Mooseheart, IL 60539.

The family would like to thank Drs. Hal Stoneking and Sara Stoneburner and staff and AuthoraCare Collective Greensboro for their compassionate and excellent care for RL. Special thanks to the many friends, Lodge members and members of Apple’s Chapel Church for the cards, calls, and expressions of support during this unexpected journey.

Due to the COVID-19 pandemic, the family requests that persons attending the service wear a mask.

Share Your Memory of
RL
Upload Your Memory View All Memories
Be the first to upload a memory!
Share A Memory
Send Flowers