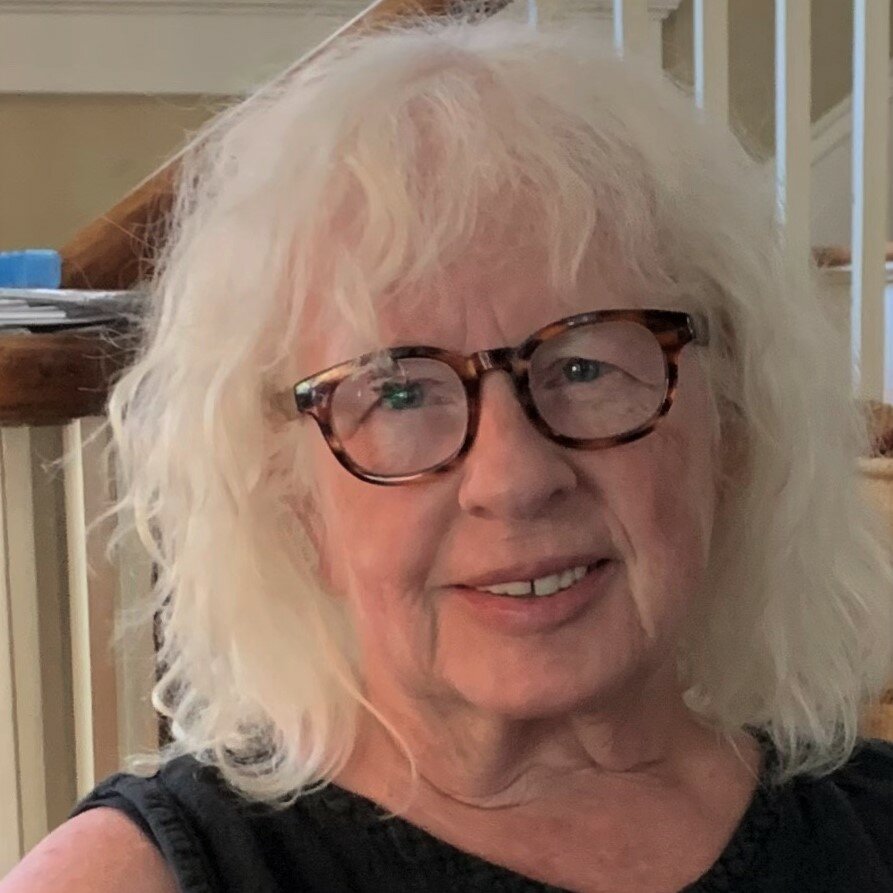 Kay Ann Lovelace, 68, of Greensboro died on November 23, 2021, as the result of a rapidly progressing neurodegenerative disease. She died peacefully at her home in the company of friends and family.

Kay was born in Logan, West Virginia, the daughter of Charles Edward Lovelace and Helen Morris Lovelace, both of whom preceded her in death. She grew up in Clyde and later Plymouth, NC, and attended the University of North Carolina at Chapel Hill, where she was a member of Phi Beta Kappa and received a Bachelor of Arts degree in Psychology, a Master of Public Health degree, and a PhD in Organizational Behavior/Management from The Kenan-Flagler School of Business.

Kay was an Associate Professor in the Department Public Health Education at the University of North Carolina Greensboro (UNCG) where she taught for the past 26 years. She took real pride in the mission of her department and of her university. She was a researcher, a teacher, and a frequent mentor to undergraduate and graduate students alike, and she expressed the themes of equal access and social justice in her scholarship and in her teaching. Kay was a student of pedagogical methods and strove throughout her career to become the most effective teacher that she could be.

Her achievements as a scholar were bracketed by an award in 1999 for Outstanding Empirical Paper at the annual meeting of the International Association of Conflict Management, San Sebastian-Donostia, Spain, and in 2015 by a prestigious Robert Wood Johnson Foundation grant. This grant supported her investigation into the prevalence and efficacy of the use of evidence-based decision-making by local public health organizations.

Kay was a dedicated photographer with a particular interest in landscapes and portraiture.  In the last months of her life she had been accepted into a much sought-after photography workshop in New York City, but due to her illness, she was unable to attend. It had been her ambition to use her skill as a photographer in the service of representing the lived experience of refugees and immigrants.

With her friends and family Kay was an instigator of all sorts of adventures. She was game for paddling trips in tide creeks and cypress swamps as long as there was adequate bug spray and sunblock, and she went year after year with her birding friends to wildlife refuges down east in January to watch migratory birds in wild landscapes. She would camp in back swamps and canyonlands to see the Milky Way in a dark sky. She and her son, Sam, liked to spend time together on forest trails, often with their dogs Phoebe and Shelby, and when they were separated by geography, they stayed connected through frequent long phone calls.

From childhood on Kay was a three-books-at-a-time sort of reader with broad tastes that included mystery, photography, spirituality, and gardening (she was an irrepressible planter and a relentless weeder). She was also an exceptional cook with a knack for thinking in flavors. Although her cookbook collection took up yards and yards of shelf space, she saw recipes not as fixed destinations but more as points of departure. Every table she set, even on camping trips, included cloth napkins, and more often than not, there were candles at supper.

Kay thought of herself as an introvert, but hardly anyone else saw her that way. She cultivated friendships with determination, shared her own vulnerability, and seemed unafraid of the risks that went along with searching out close personal connections. She filled and overfilled her calendar with art crawls, communal dining, and porch wine in her Fisher Park neighborhood.  She could laugh loudly and inappropriately at movies and be unembarrassed.

In July of this year a bumper sticker appeared on Kay’s red Toyota with the exhortation, “Don’t Postpone Joy.”  She practiced what she preached.

Kay is survived by her husband, Richard Bardolph, of the home; by her son, Samuel Williams, of Pennsylvania; by her brother, Charles Lovelace, and his wife, Karen, of Chapel Hill; by her niece, Mary Elizabeth Lovelace (Eric Davis) of Raleigh; and by stepdaughters, Hannah Bardolph and Addie Bardolph, and stepson, Frazier Bardolph – all of Seattle, Washington.

The family expresses deep gratitude to the nurses, social workers, and home health aides who worked tirelessly and lovingly to make Kay’s final weeks as comfortable as possible. They were indispensable.

The family plans to hold a memorial and celebration of her life at a later date in the spring of 2022. In lieu of flowers, the family requests that memorial gifts be made to the American Friends Service Committee.