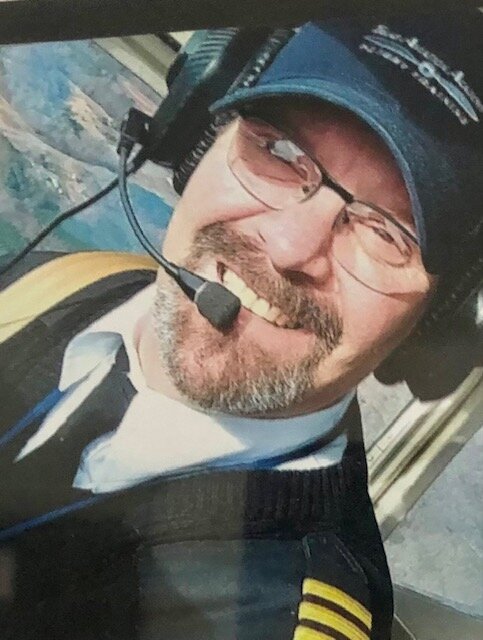 A native of Forsyth County, NC, Todd was the son of Jean Lenderman Rushing and the late Kenneth Gray Rushing. As a child, Todd had a fascination of aviation and by the age of 16 had already earned his pilot’s license and soon after, his commercial license. After graduating with a degree in aviation, Todd became a flight instructor, and later received his flight engineering license. As a world-class pilot, Todd had the honor of being General Oliver North’s private pilot for 4 years. The general had the privilege of being flown by Todd. A man of many passions, Todd returned to school for a criminology degree to follow in the footsteps of his grandfather. He served honorably as a Deputy of Forsyth County and as a police officer of the City of Thomasville. After more than 15 years as a public servant, Todd returned to his first love as a flight instructor to once again share his love of wide-open spaces with others.

In a life spent following many passions, nothing trumped Todd’s profound love of family and friends. He was a devoted son, brother, uncle and friend. Always one to crack a joke or give a ribbing, his playful mischievousness (surely passed down from his father) kept permanent smiles on everyone around him. His easy going, good humor and joyful soul was a light to all who knew him.

Funeral Services celebrating his life will be held 10:00AM Saturday, November 20, 2021 at Gospel Light Baptist Church with Rev. Matt Morrison officiating. Interment will follow at Gardens of Memory Walkertown. The family will greet friends prior to the service from 9:00AM to 10:00AM Saturday at the church.

Memorial contributions may be made to the American Diabetes Association, 2451 Crystal Drive, Suite 900, Arlington, VA 22202.

Share Your Memory of
Eric
Upload Your Memory View All Memories
Be the first to upload a memory!
Share A Memory
Send Flowers