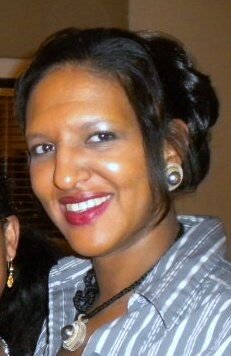 Beloved Heather Denise Allen – also known by her Eritrean name Selamawit Almaz Azeb – passed away peacefully on Monday, September 20, 2021, after an ardous and courageous four-year battle with cancer. She was forty-seven years old.

Heather was born on September 29, 1973 in Greensboro, North Carolina to her father, the late Arthur Dennis Selby of Greensboro, and her mother, Nighisti Azeb Abrahale Selby of Eritrea, East Africa. She attended the public schools in Durham where she and her younger sister, Diana, lived with their mother. In 1991, she graduated from Charles E. Jordan High School. Heather and Diana volunteered as candy stripers at several hospitals. Heather’s God-given talent as a nurturer, empathizer and caretaker led her to study nursing at North Carolina Agricultural and Technical State University in Greensboro. She earned a Bachelor of Science in Nursing and a Registered Nurse degree in 2001.

Heather served her patients with great attention, compassion and patience. It was common for her to defend her patients’ medical rights. She often led her patients through death and comforted their family. She was named head nurse at several hospitals and received awards for her exceptional work as a nurse.

In her personal life, Heather nurtured all she knew. Heather was a proud, loving and devoted mother to her five children and many other children she “adopted” along the way. She loved her closest friends as sisters. Heather was one who would receive many calls and unannounced visits for advice, comfort and belonging because of her miraculous ability to be empathetic and non-judgmental.  She could always be trusted to be there in people’s darkest hours for solace. She loved without restraint, regardless of the cost to her.

Funeral Service will be held Saturday, October 2nd at 1:00PM at Pierce-Jefferson Funeral and Cremation Services - Lambeth Chapel with visitation for one hour prior at the funeral home.   A dove release will take place in honor of Heather immediately after the service outside the funeral home.

Share Your Memory of
Heather
Upload Your Memory View All Memories
Be the first to upload a memory!
Share A Memory
Send Flowers