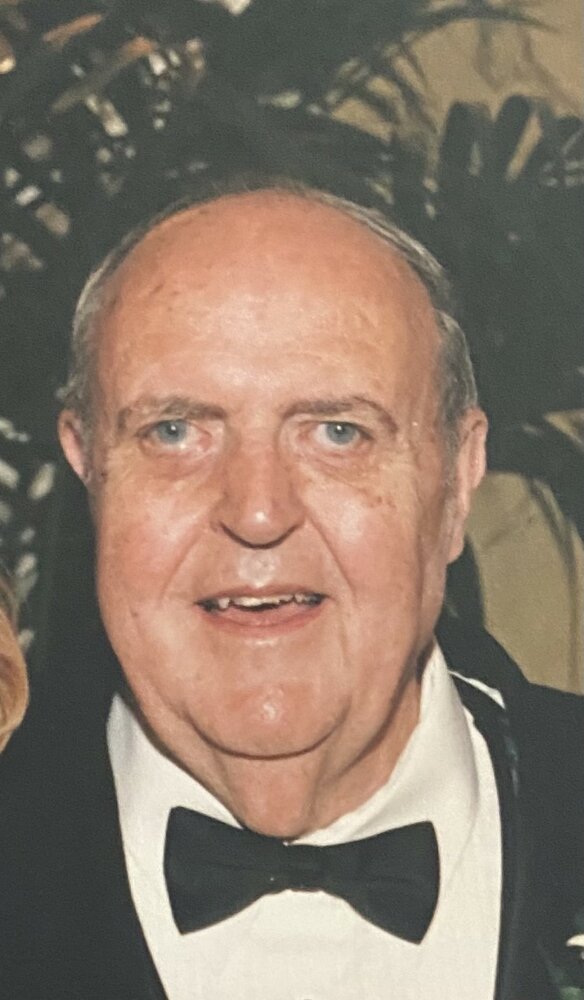 Richard (Dick) Lee Adams, of Kernersville, passed away on Sunday, September 26, 2021, at the age of 90. He was a native of Louisville, Kentucky and was born on February 14, 1931, to the late Walter and Dorothy Wolff Adams. After graduating from Flaget High School, he attended the University of Notre Dame and graduated with a Bachelor of Science degree in Chemical Engineering. He proudly served his country in the United States Army from 1954 to 1956. Dick was a well-known executive in his field of Air Pollution Control and worked around the world during his long career, including time in Germany, Japan and Australia. He met and married the love of his life, Rose Mary Peppiatt while working in Canada, and they were inseparable and happily married for 62 years. Dick was a practicing Catholic and a lifelong member of the Knights of Columbus.  He was known for his passion and love of Notre Dame football, the Kansas City Chiefs and his enthusiasm for his children’s six dogs, particularly his loyal companion to the very end, Pepper.

In addition to his parents, he is preceded in death by his brothers, Thomas Adams and Jack Adams; and sister, Dorothy Adams Bonn.

He is survived by his dearest wife Rose Mary of Kernersville, his son Michael and his wife Sherry of DeForest, Wisconsin, his daughter Susan of Pittsburgh, Pennsylvania, his son Stephen and his wife Tracy of Winchester, Massachusetts, and his daughter Mary of Kernersville, North Carolina. He is also survived by three beloved grandchildren Victoria (Tory) Adams, Amanda (Mandy) Adams and Bradford Adams all of Winchester, Massachusetts.

Pierce-Jefferson Funeral Service - Kernersville Chapel is serving the Adams family during this time.

Share Your Memory of
Dick
Upload Your Memory View All Memories
Be the first to upload a memory!
Share A Memory
Send Flowers