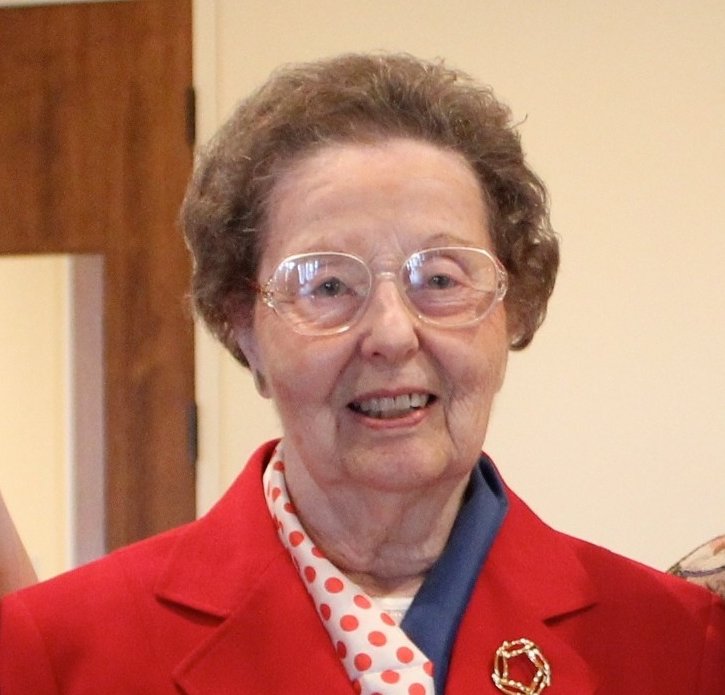 Miss Ethel Mozelle Dick passed away quietly in her sleep on Sunday, May 2 at Twin Lakes Community in Burlington. She was 100. A graveside service will be held at 3pm on Monday, May 10 at Guilford Memorial Park in Greensboro with Rev. Ben Bishop presiding.

Miss Dick was born in Greensboro on February 26, 1921, to Robert Stewart Dick and Callie Welker Dick. After graduation from Greensboro High School, she attended The Women’s College of the University of North Carolina Greensboro where she was a member of the Commercial Class of 1939. Miss Dick was an active member of Peace United Church of Christ in Greensboro where she served as an Elder, Deacon, and secretary of the Consistory. She was also a Sunday School teacher and a member of the Library Sunday School class. After moving to Twin Lakes, she became a member of St. Mark’s Community Church in Burlington. Miss Dick began her professional career at Ellis Stone Department Store in Greensboro, and later Thalhimers, where she worked as the credit manager for 40 years. Throughout her life, Miss Dick traveled extensively across the United States visiting 44 states. She also traveled to many countries abroad including South Korea, Japan, England, and Germany. Many of her travels were in conjunction with events sponsored by Christian Endeavor. Miss Dick also enjoyed crafting. Among other items, she made Chrismon ornaments for her own Christmas tree plus gave these as gifts to family members and friends.

In lieu of flowers, the family requests memorials be made to St. Mark’s Community Church in Burlington or to Greater Piedmont Teen Challenge in Greensboro.

Share Your Memory of
Ethel
Upload Your Memory View All Memories
Be the first to upload a memory!
Share A Memory
Send Flowers